Crescentia
P站ID:6168785
Hello °v° I'm Crescentia, artist of "Projekt Wolfenstahl" and I hope you like my art^^ We create games and the "Deathblight" webcomic. Reposting my art is okay BUT ONLY if you credit me and link to my original post^^ Of course reblogging my original posts (on twitter for example) would be prefered, but repost WITH credit is okay too. If you want to edit my works, please ask for permission first. Selling my works as merch or in any other form without permission is NOT allowed! (obviously, as this 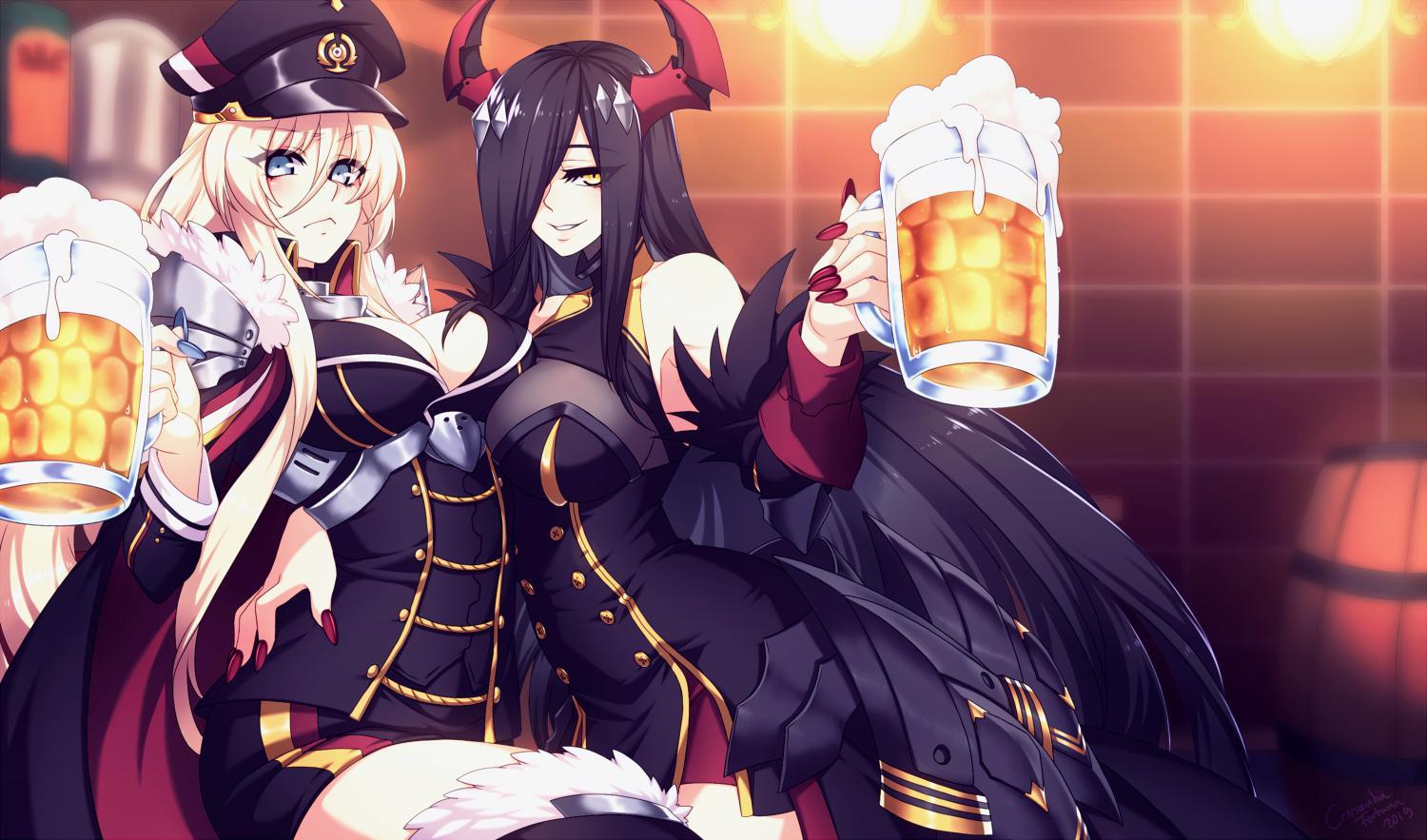 Prost!
Ahoy~ Here's a fanart of Bismarck and Friedrich der Große from Azur Lane ^w^ Figured it would be a nice time to draw the two with Bismarck being finally released. Especially considering 24th May was the day of the first battle of the fight that turned Bismarck into a legend. Hope you like it ;3 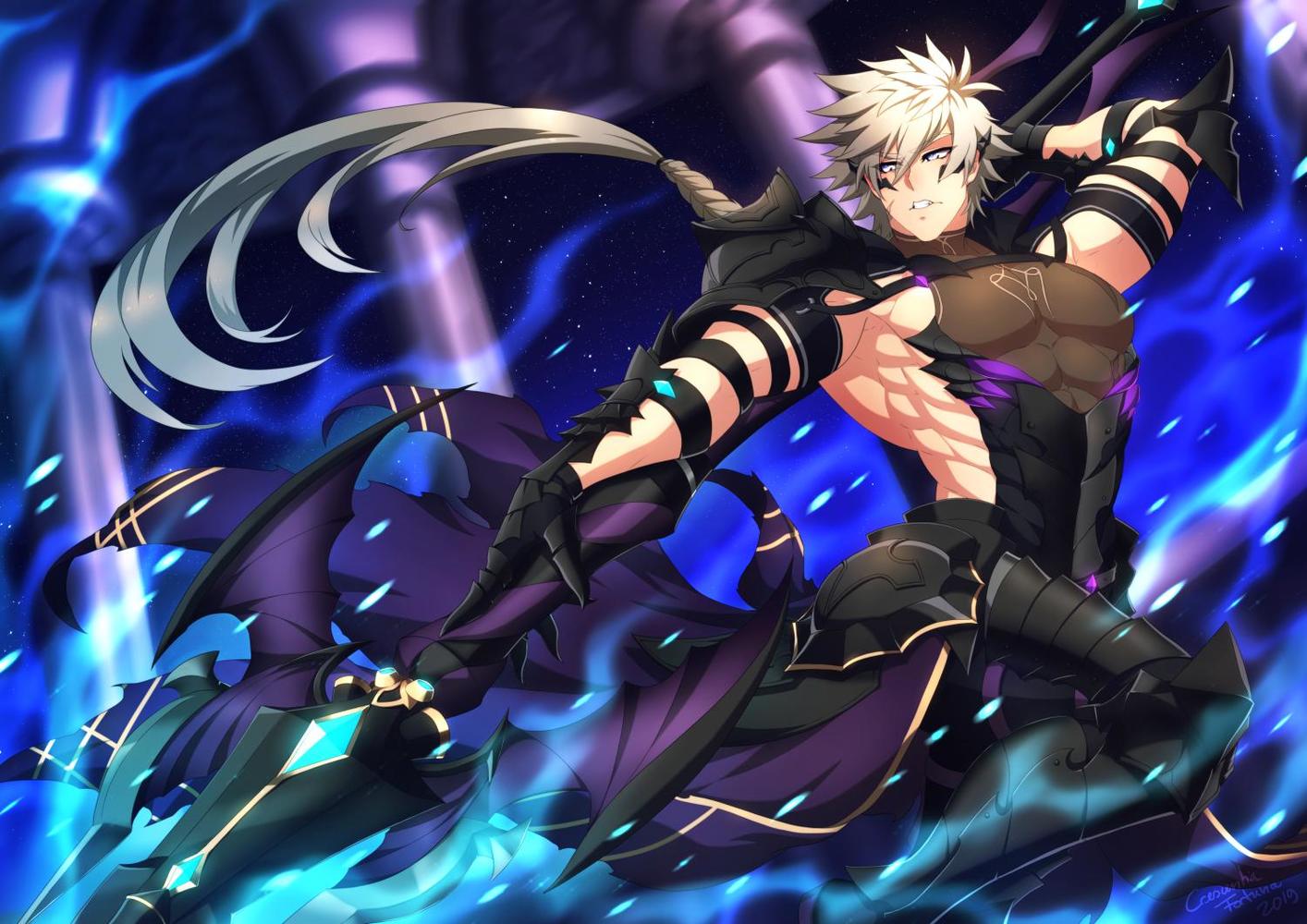 Blue flames Chase
Ahoy~! This one is my entry for the King's Raid Illustration contest :3 https://www.pixiv.net/contest/kingsraid I think Chase looks pretty cool, he was actually the first character I ever saw of King's Raid, so naturally I had to choose him UwU Also he's exactly the type of male character I like to draw, long hair, buff body and a very handsome face :3 Btw. it's also my first artwork ever drawn in CSP, since Sai unfortunately wasn't able to create an A2 sized canvas D: (I still love Sai tho) Any 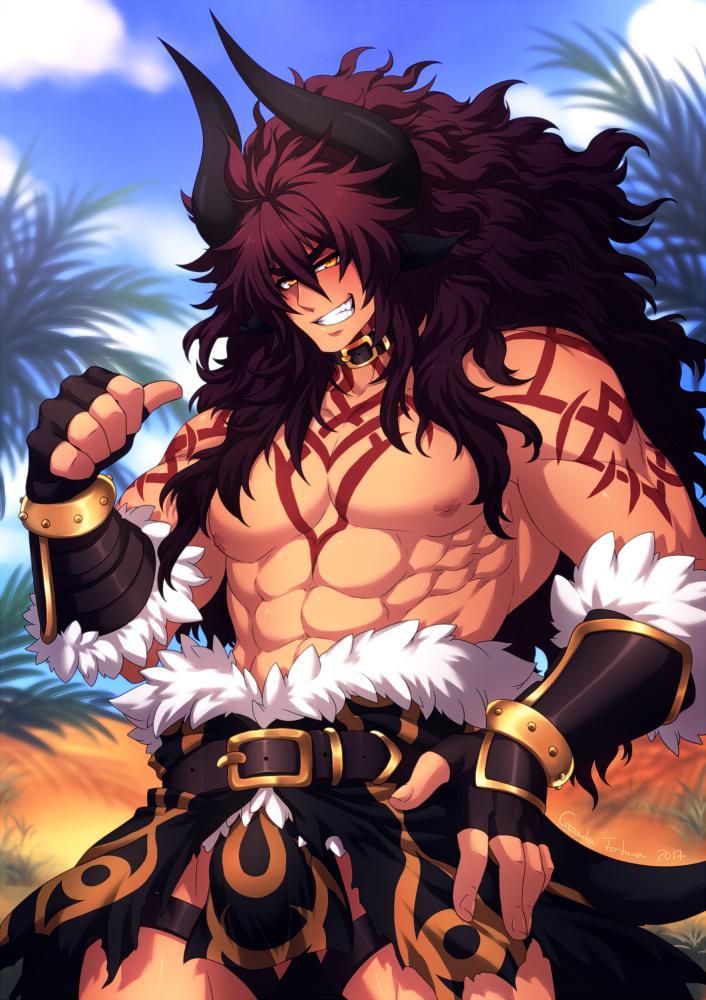 Big dork Lesath
Ahoy hoy~ Woohoo, finally finished that artwork of my Dungeons&Dragons OC Lesath that I was working on every now and then in my freetime since mid September *w* I tried out something new with the colouring, and even if it is just a slight change, I think it does look nicer than my usual mixed shading technique. So I will probably turn this into my usual colouring style. (Though I should probably do a couple more artworks with that technique before I actually deside) Well well, what else to say? 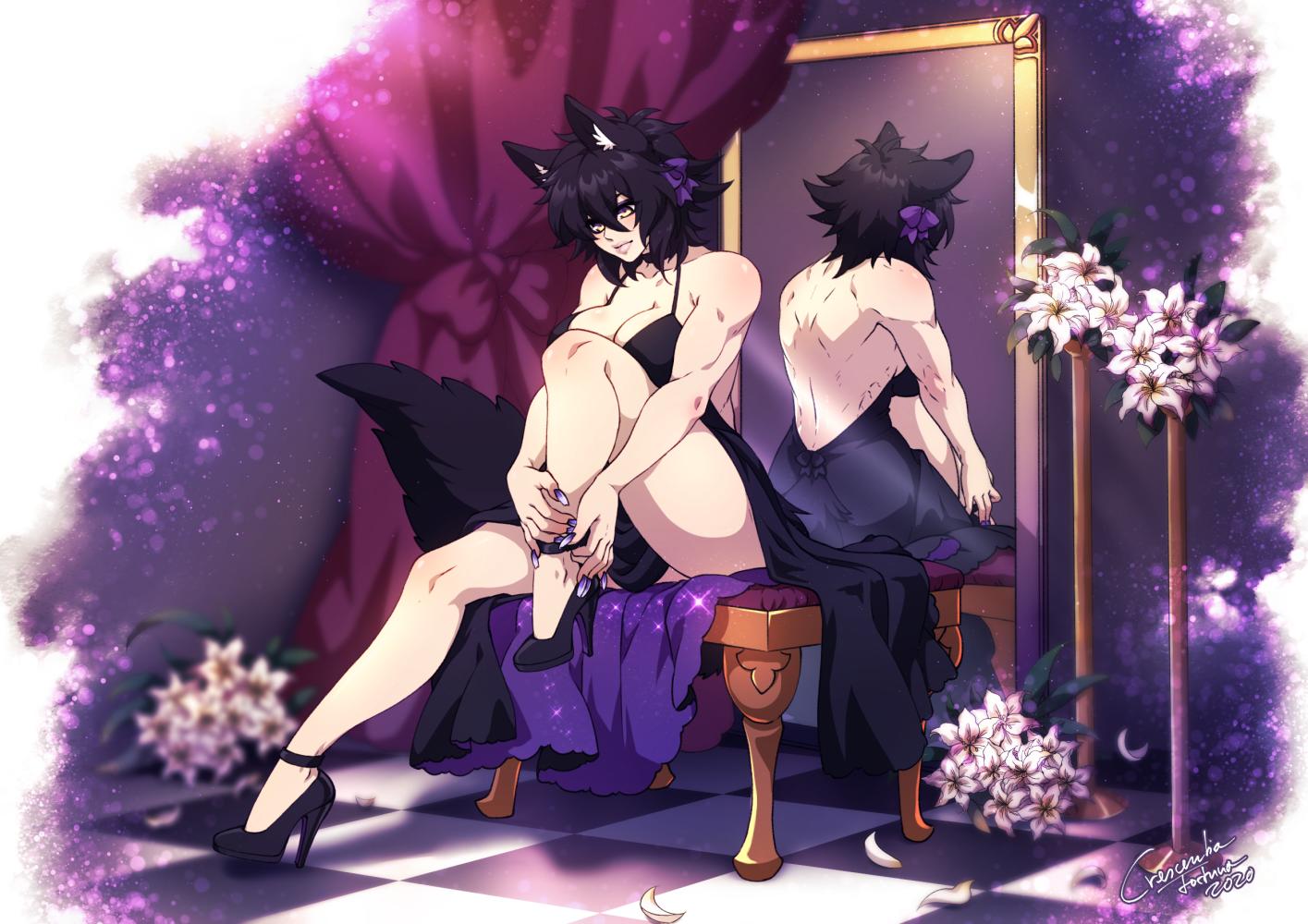 Evening wear
Ahoy hoy~ Here's the artwork with Minori from yesterday's stream °w° Usually her outfits are a bit more sporty, but a dress is certainly a nice change of pace. Hope you like it! Patreon: https://www.patreon.com/deathblight Streams every saturday: https://picarto.tv/CrescentiaFortuna 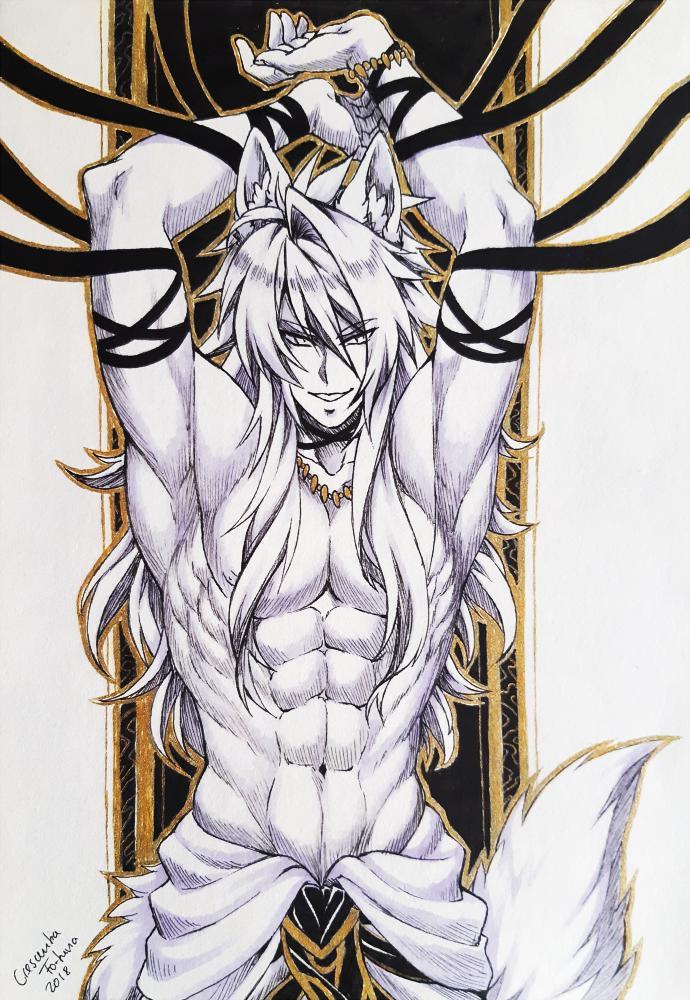 UwU
New thing from my sketchbook This one was laying unfinished in my sketches for quite a while because I didn't knew what exactly to do with it, but I like how it turned out in the end^^ Always nice drawing Sethos~ Though on this one he looks like he did something naughty and awaits punishment :'D (Until either Catheline or Phenixya show up as the one punishing him, then he would panic lol xD) 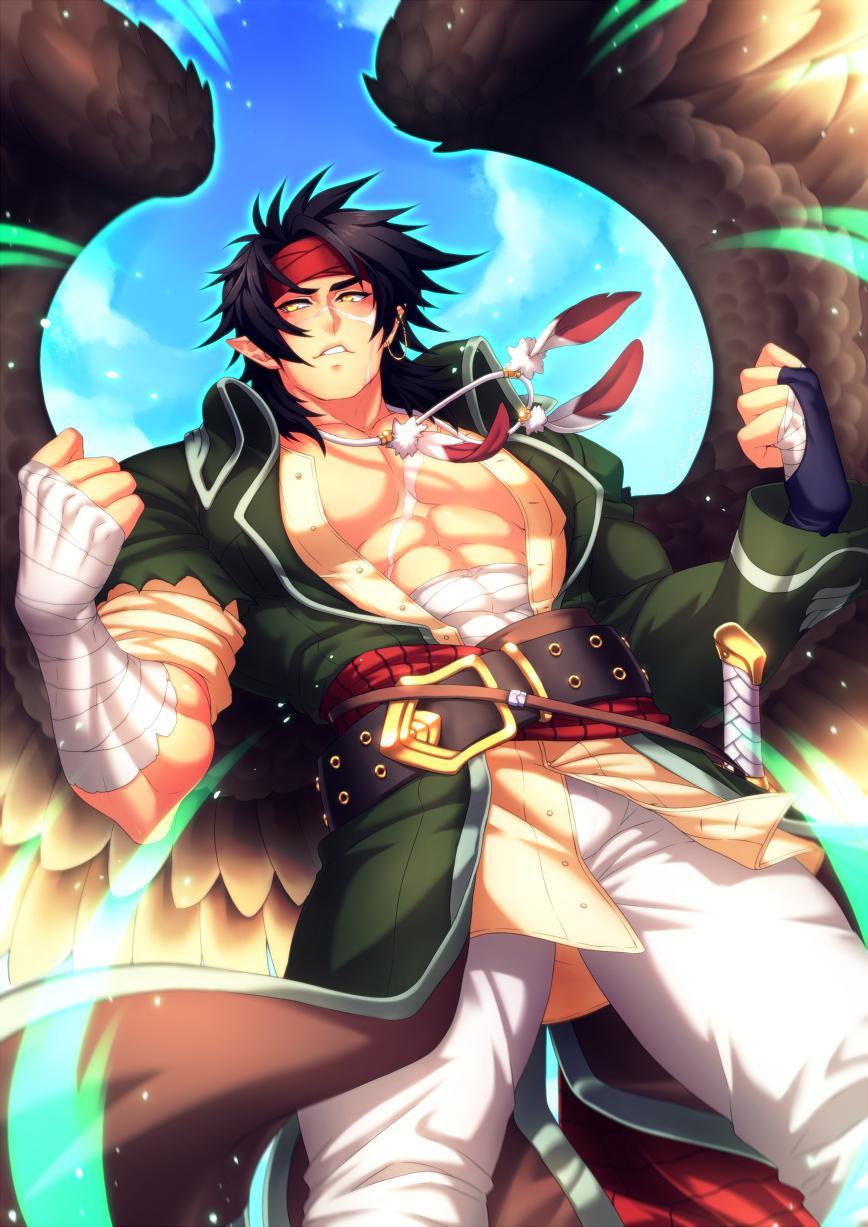 Lord of the Air
A fanart of Tibarn to celebrate his release into FEH!^^ I'm also happy about Reyson, Leanne, Nailah and Naesala, but I had only time to draw one, so naturaly I would pick my favorite husbando to draw over my christmas vacation ;3 Hope you like it and good luck everyone with the new banner! °˖✧◝(⁰▿⁰)◜✧˖° 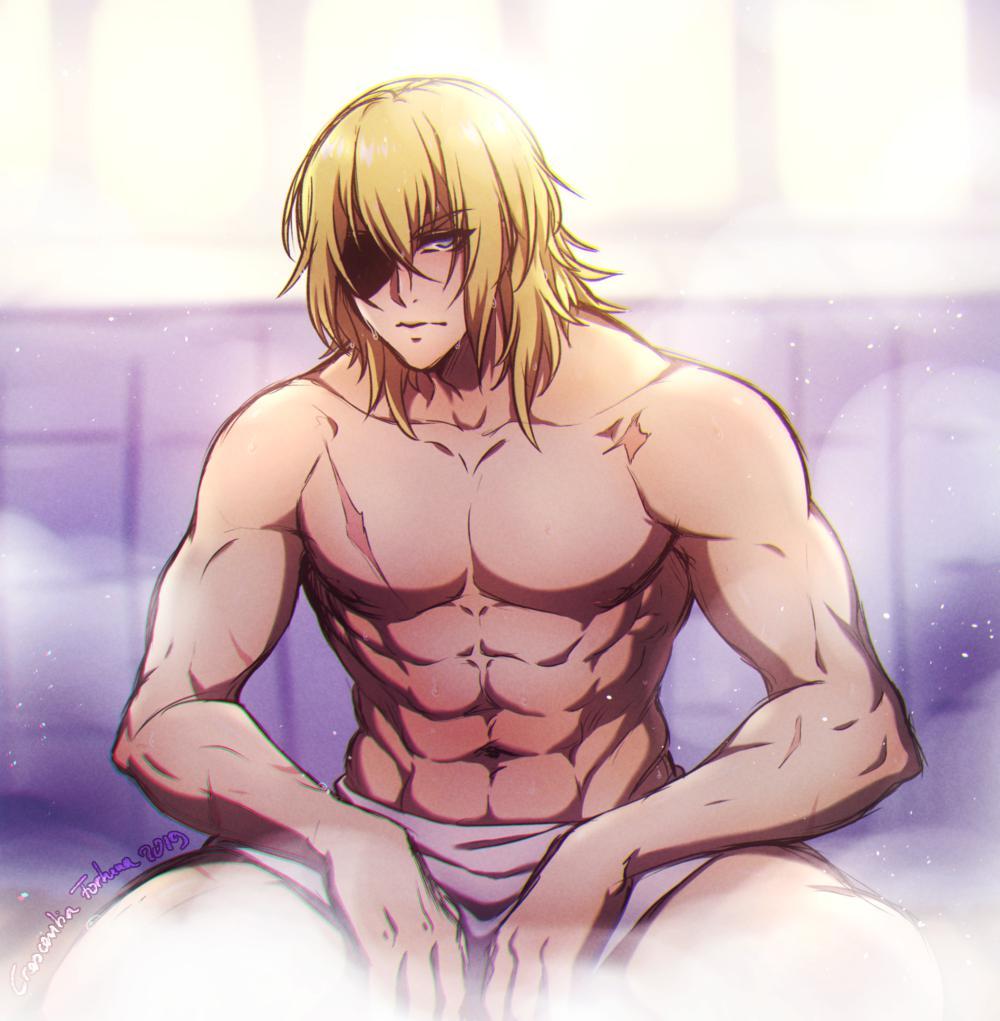 Steamcooked boar prince
A doodly artwork of Dimitri in the sauna or something :D (I'm looking forward to that DLC, haha^^) Enjoy! 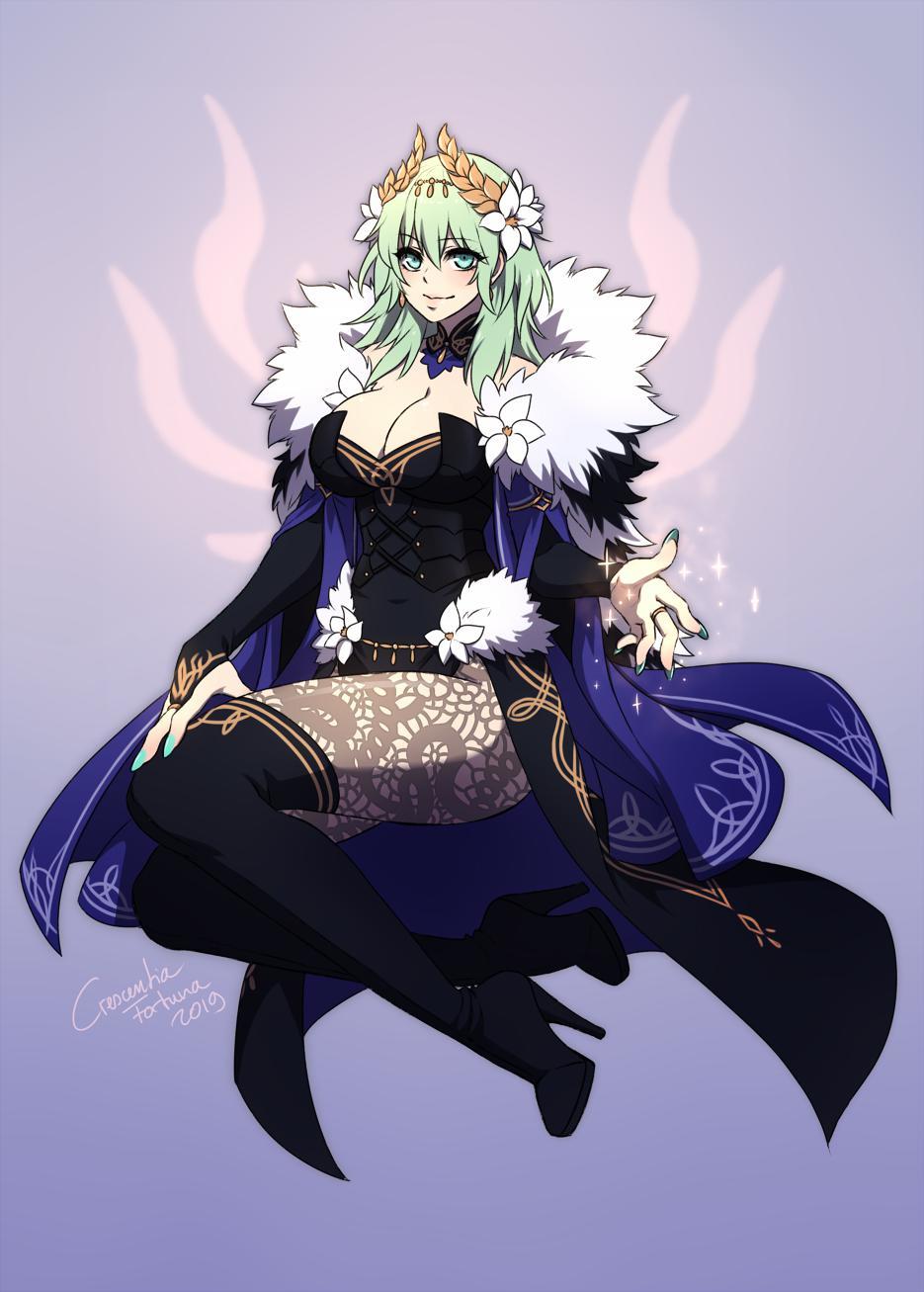 Byleth design
I figured I'll join the "FECChallenge81" by fecompendium over at Twitter. It's about redesigning Byleth^^ I didn't change Byleth that much actually, just made a design that is a bit of a mix of other characters designs, though mainly Byleths regular outfit mixed with Dimitri's. (Blue coat with fur, I just finished the Blue Lions route and have all the feels for Dimitri, haha^^) Anyways, hope you like it ^w^ 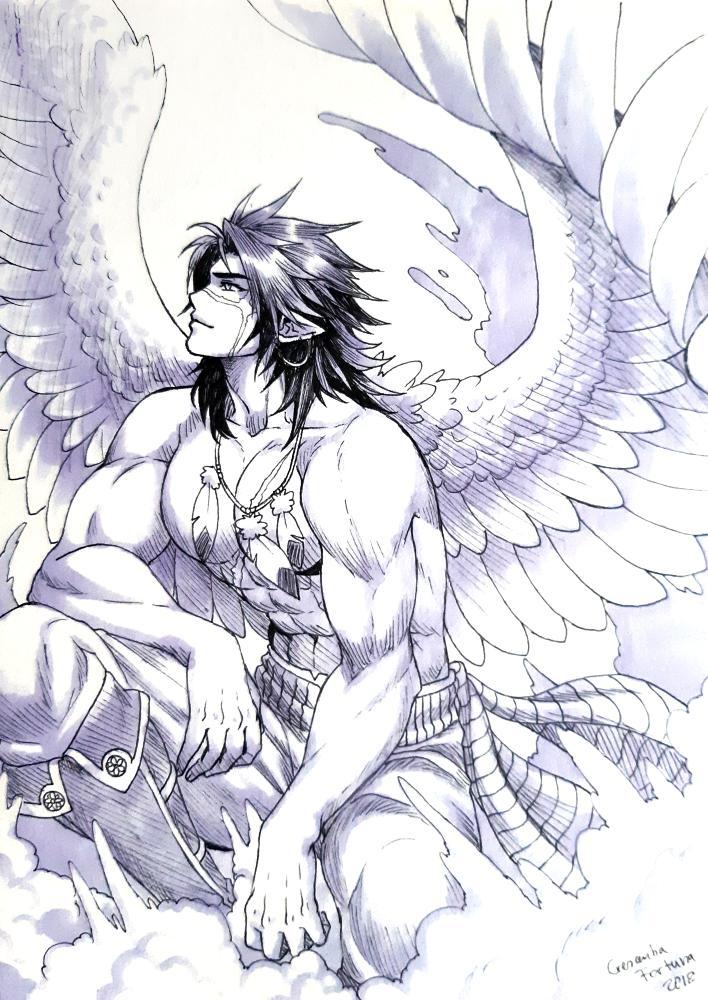 In the Clouds
Okay, I actually had this in my queue and wanted to post it in a couple days or so, but how could I not post Tibarn right now, since he just got announced to come to FEH?! I'm so happy! I can't wait for January~ (Also I'm curious to see which other characters will be added aside of Nailah) 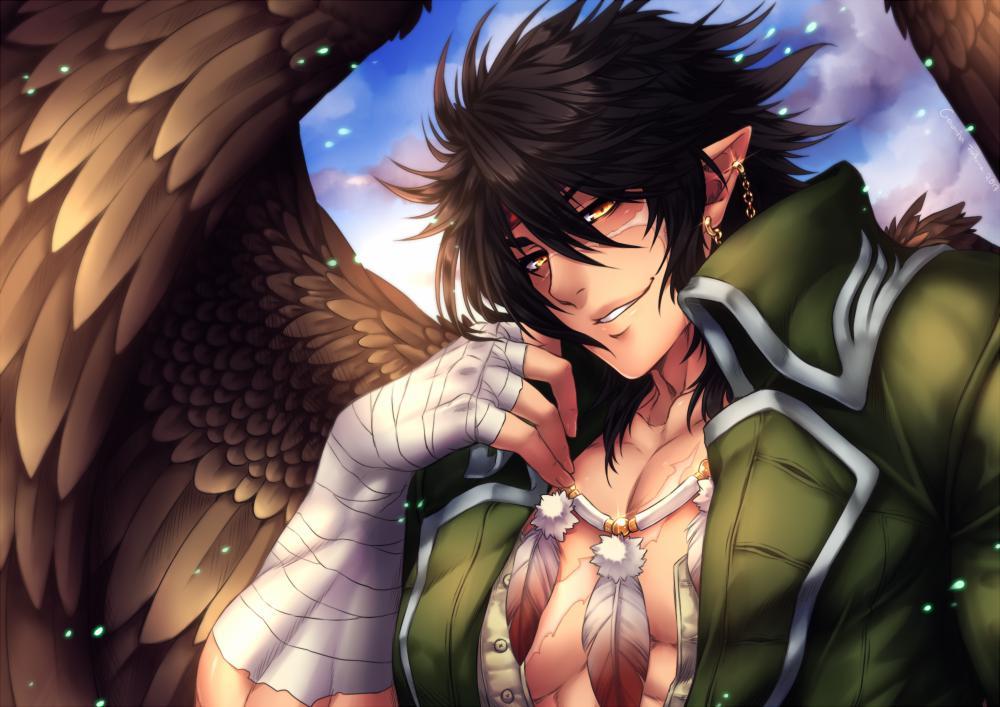 Bird Husbando! ♥
(yes, I know, I'm embarrassing xD) Yay, it’s finally done~ I’ve started this artwork in June 2016, and due constant lack of time, I was only able to work on it from time to time. But now it’s done and I am happy and proud aboout the result~ Finest beefcake and bird husbando since 2005~ Tibarn is awesome. Hope you like it too! 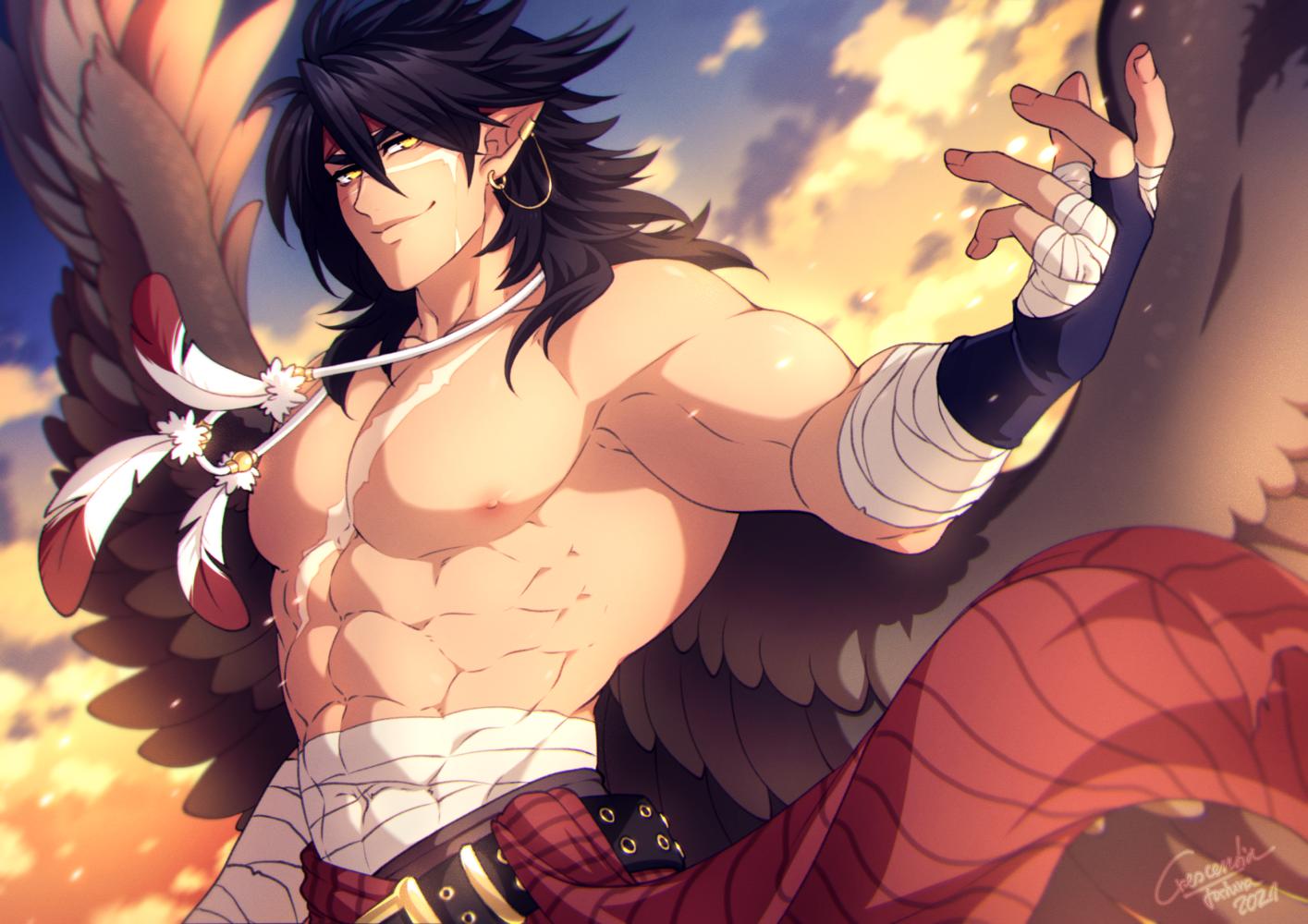 The beefy birb once more
Ahoy hoy~ First artwork of the year! With the one and only beefy hawk daddy: Tibarn :D Hope you like it! Twitter: https://twitter.com/Crescentia4tuna/status/1345410851491225600 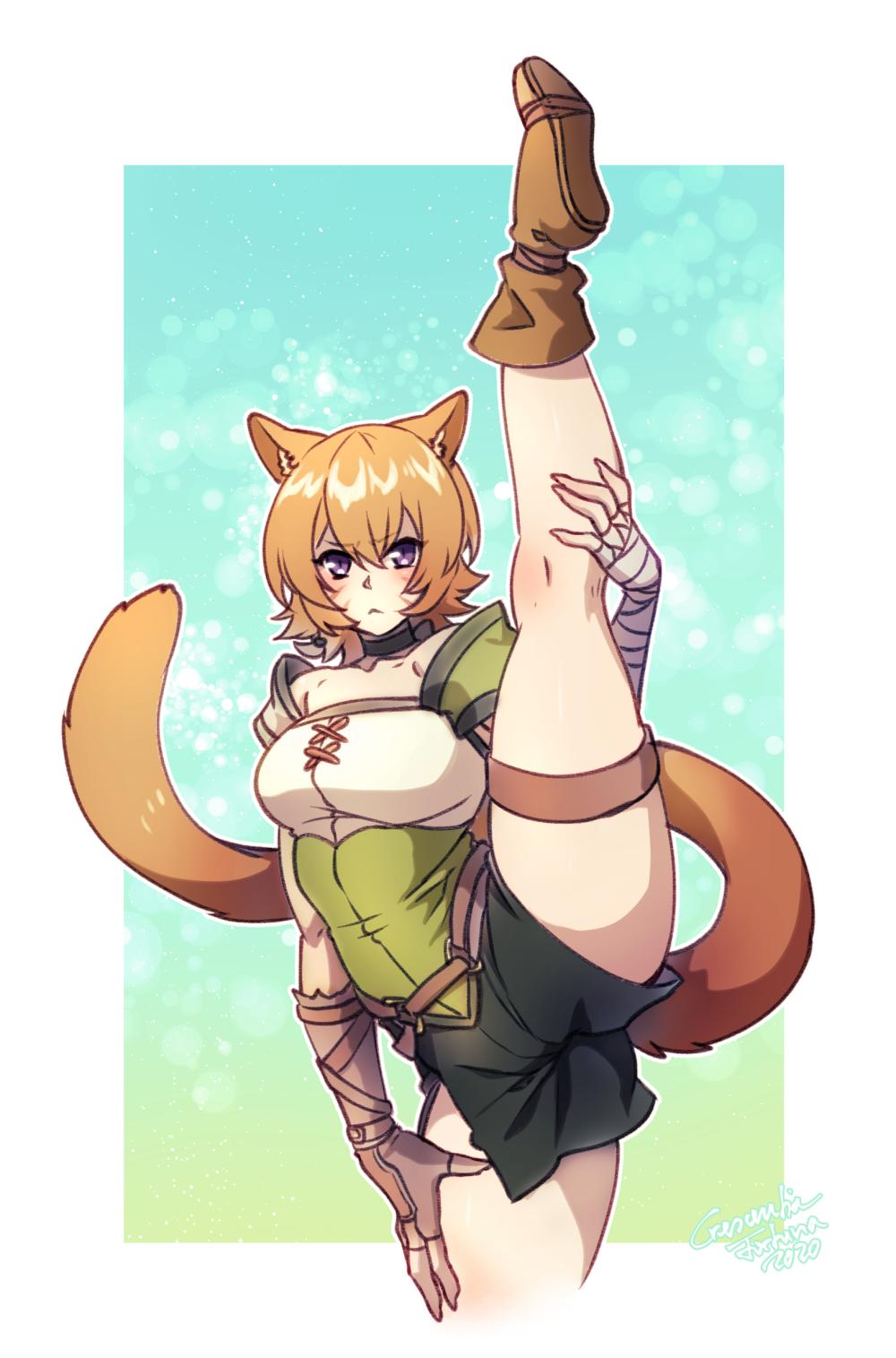 Lethe flex
Ahoy hoy~ The last couple days my twitter timeline got flodded with artworks of characters doing that pose, so I figured I could just contribute somethng to that as well. So I drew a quick Lethe fanart ^ w ^ Currently I try to improve my drawing speed even more, and I guess it's working. This one took 1h 10min to draw :D (Guess Lethe isn't the only one flexing now lol) Anyways, hope you like it ^w^ My twitter: https://twitter.com/Crescentia4tuna/status/1313089518912897027 My Patreon: https://www 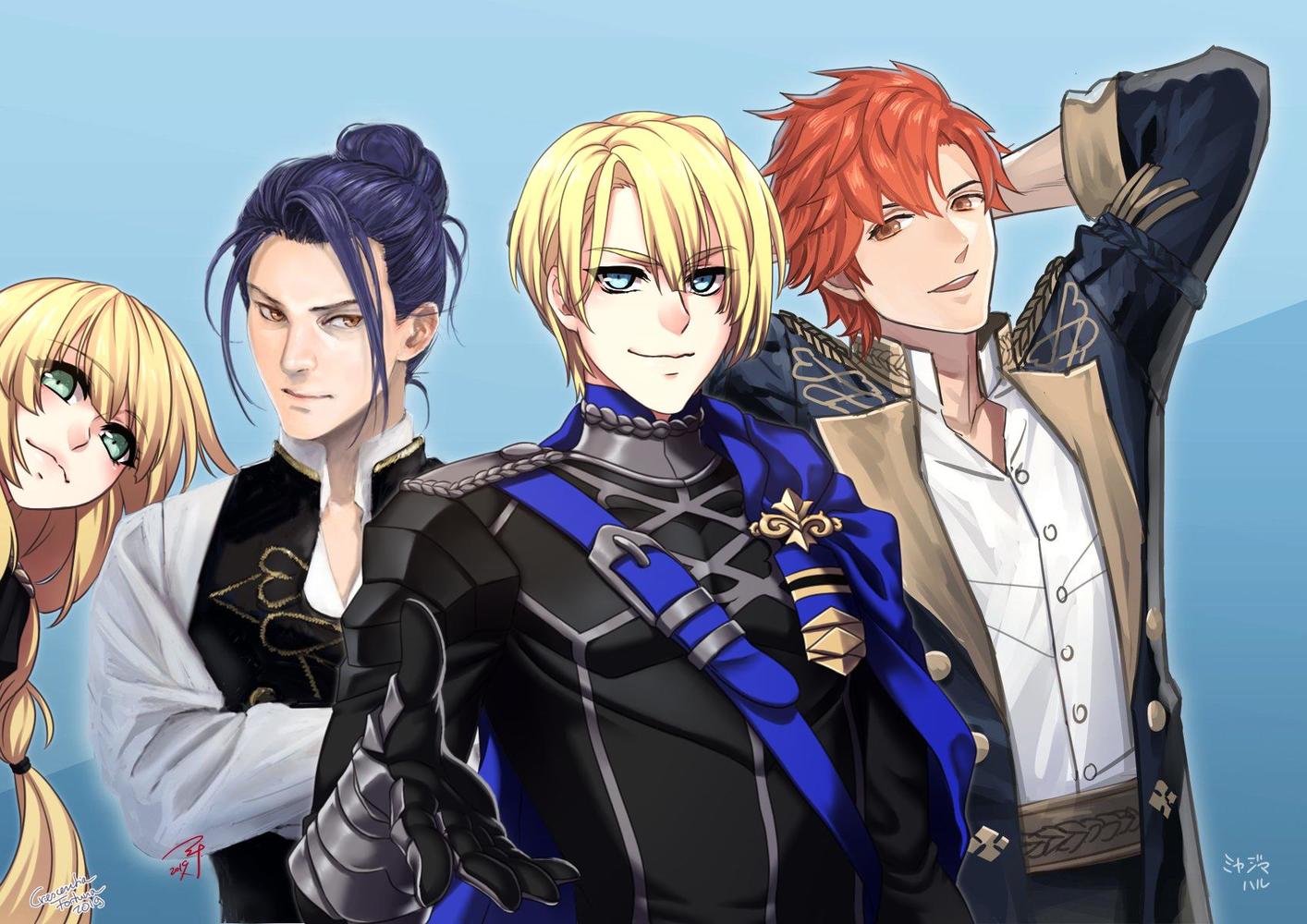 Blue Lions Collab
Ahoy~ I drew Dimitri and Ingrid for the collab with Ippei_painter (user/142888) and harumiyaaa (user/407779) over at Twitter ^^ I just had to draw both of them, so all 4 childhood friends are together on one picture, haha^^ Hope you like it :3 This was the collaboration post btw. -> https://twitter.com/Ippei_painter/status/1169604272121532419 PS: to be clear, I did NOT draw Felix and Sylvain. Felix was drawn by Ippei_painter and Sylvain was drawn by harumiyaaa^^ Just in case someone was wonderin 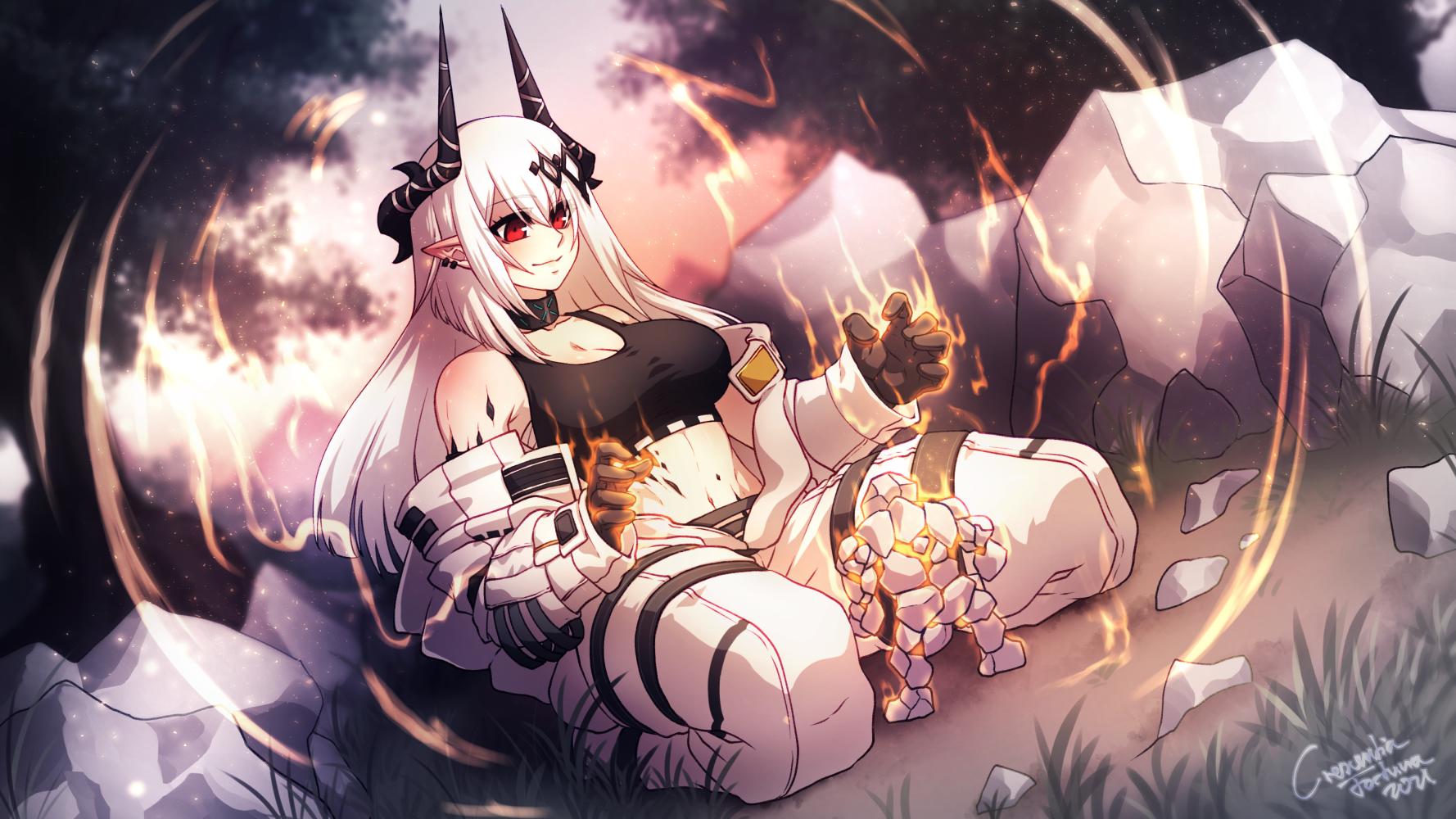 Cute little pebble
Ahoy hoy~ Here's the Mudrock fanart that I drew during yesterday's stream :3 Since Mudrock is the one that creates those giant golems with her arts, I figured I draw her making a small and cute one. After all, her files stated that rocks are her friends, and that she is quite fond of the things she creates. Hope you like it! Twitter: https://twitter.com/Crescentia4tuna/status/1388864921870520321 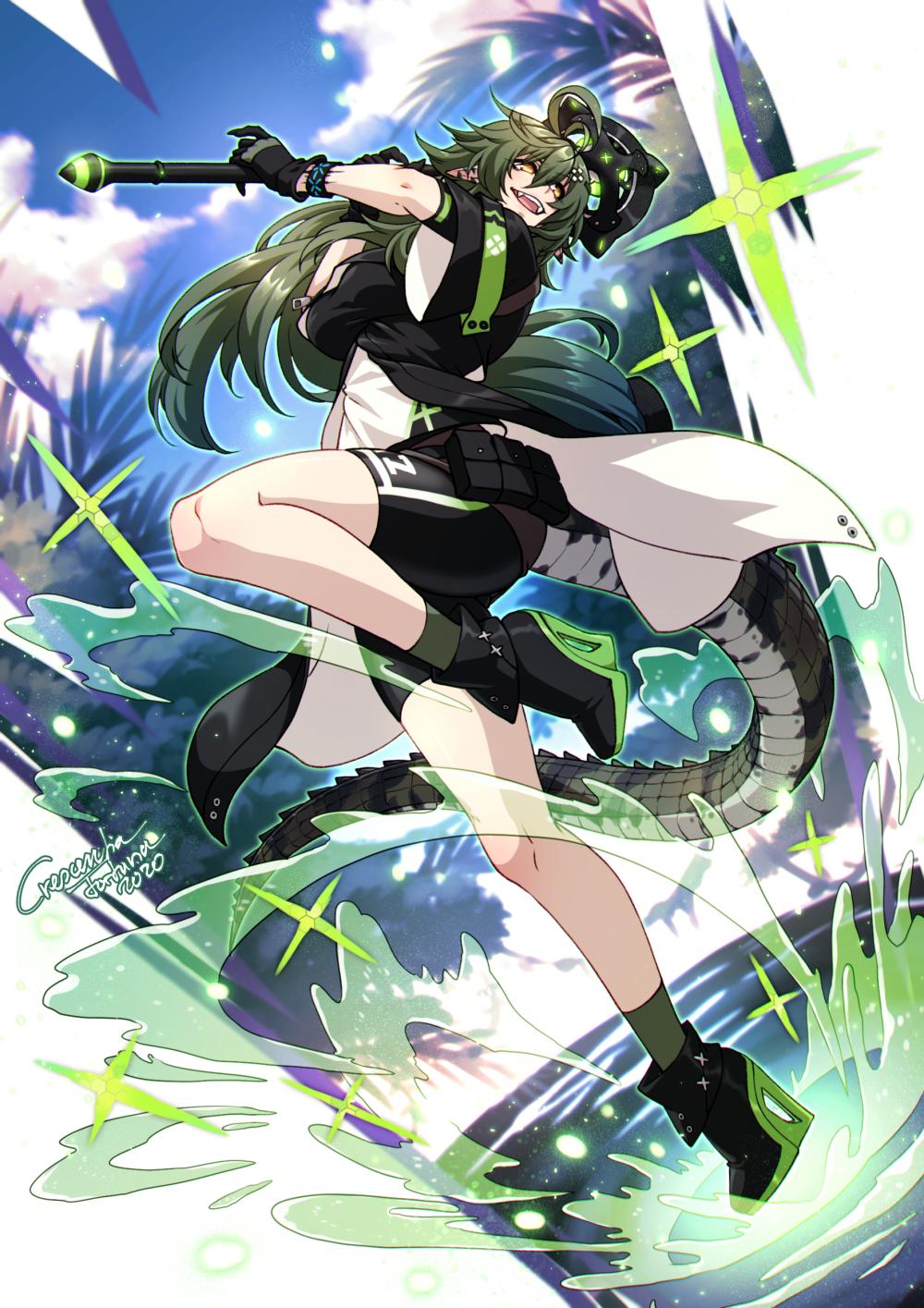 Heal incoming!
Ahoy hoy~ This is my entry for the Arknights Fan Art Contest (#ArknightsFanArtDA) :3 I drew Gavial, a medic, who's design I do like a lot, ever since I first saw her ^w^ She just looks very neat and pretty, and I don't think I've ever seen many (if any) crocodile kemonomimi, so that's something new for me to draw as well. I'm pretty proud of dat tail, haha xD (In general I'm pretty happy about how this artwork turned out, not just the tail lol) I also was pretty tempted to draw Sesa or something

Lappy Dance
Ahoy hoy~ Here's an artwork with Lappland that I drew on yesterdays stream ^w^ ( I stream every saturday: https://picarto.tv/CrescentiaFortuna) Dunno where the Texas puppet came from but I figured it would be nice to give Lappy something to interact with on the pic. Hope you like it! :D 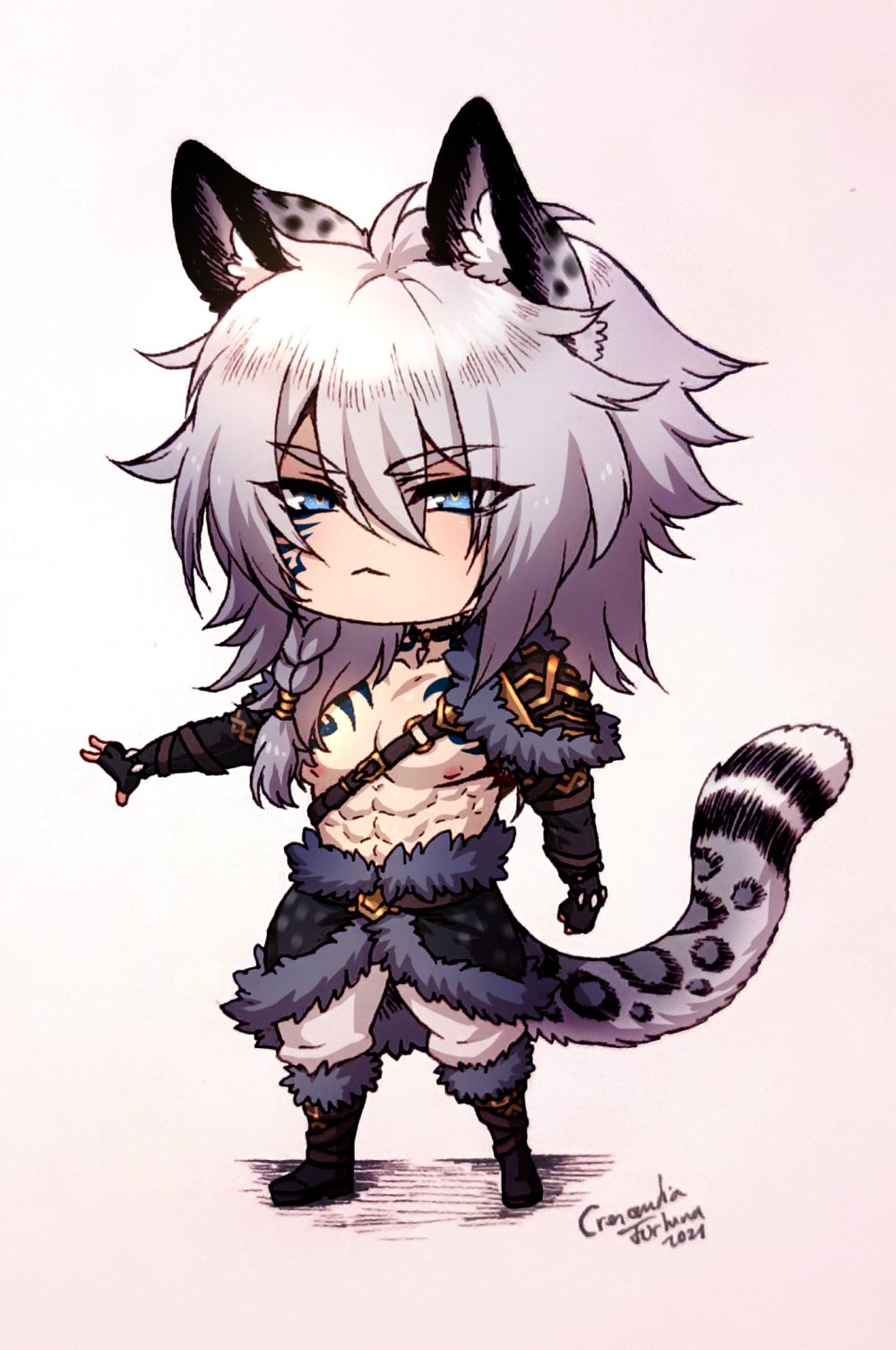 Fjellrik Viggoson
Ahoy hoy~ This one is a new DnD character of mine :3 His name is Fjellrik Viggoson and he's a Barbarian with the Path of the Beast subclass :3 I haven't completely fleshed him out yet, but he once took a dragon down on his own. Not just lore wise tho, but since I'll join at level 8, I had a testrun where I had him fight against a Nightscale (cr7 monster, which is a young black dragon basically) and he actually managed to solo that :D So that's how it ended up in his background story. Hope you li 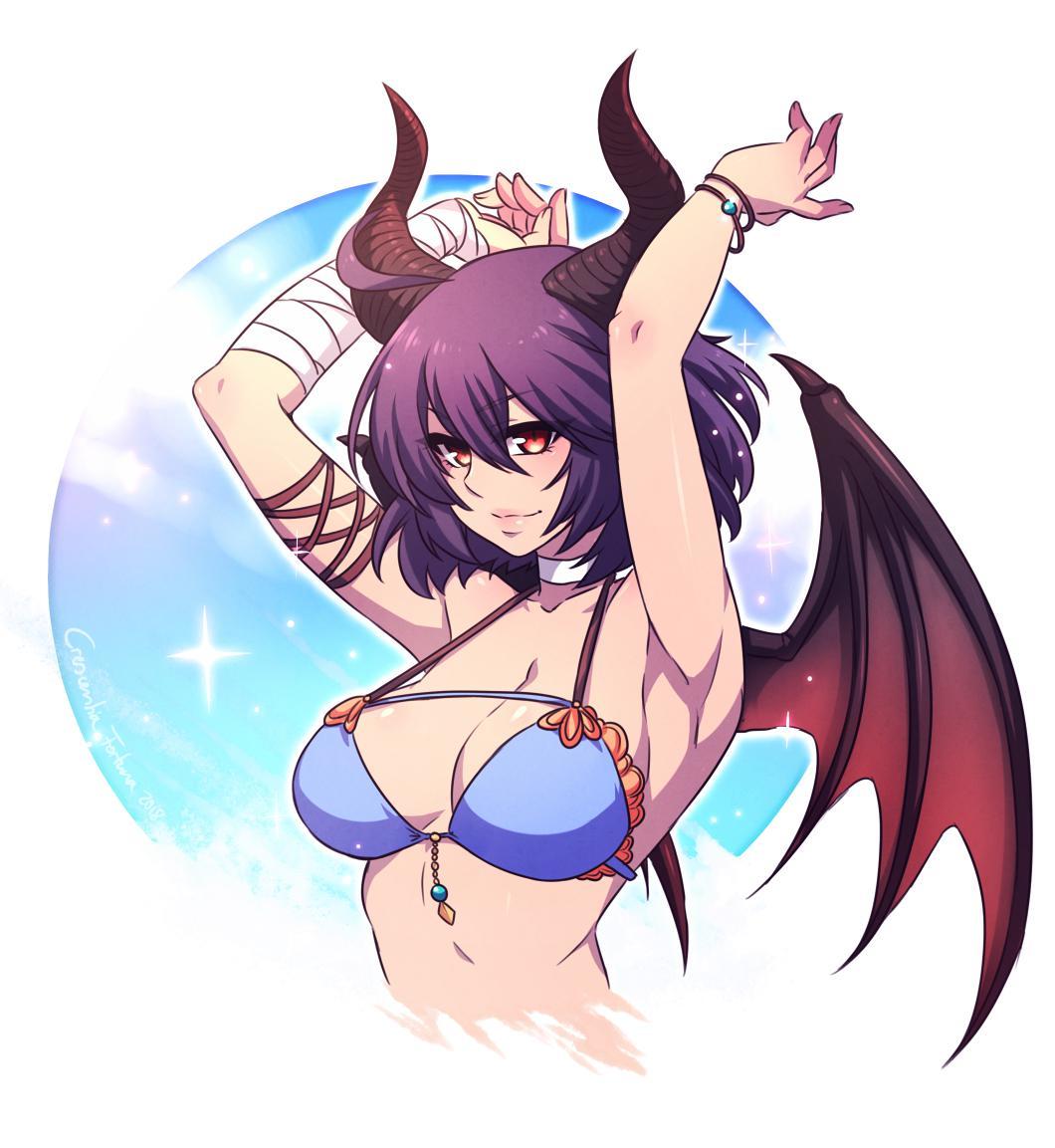 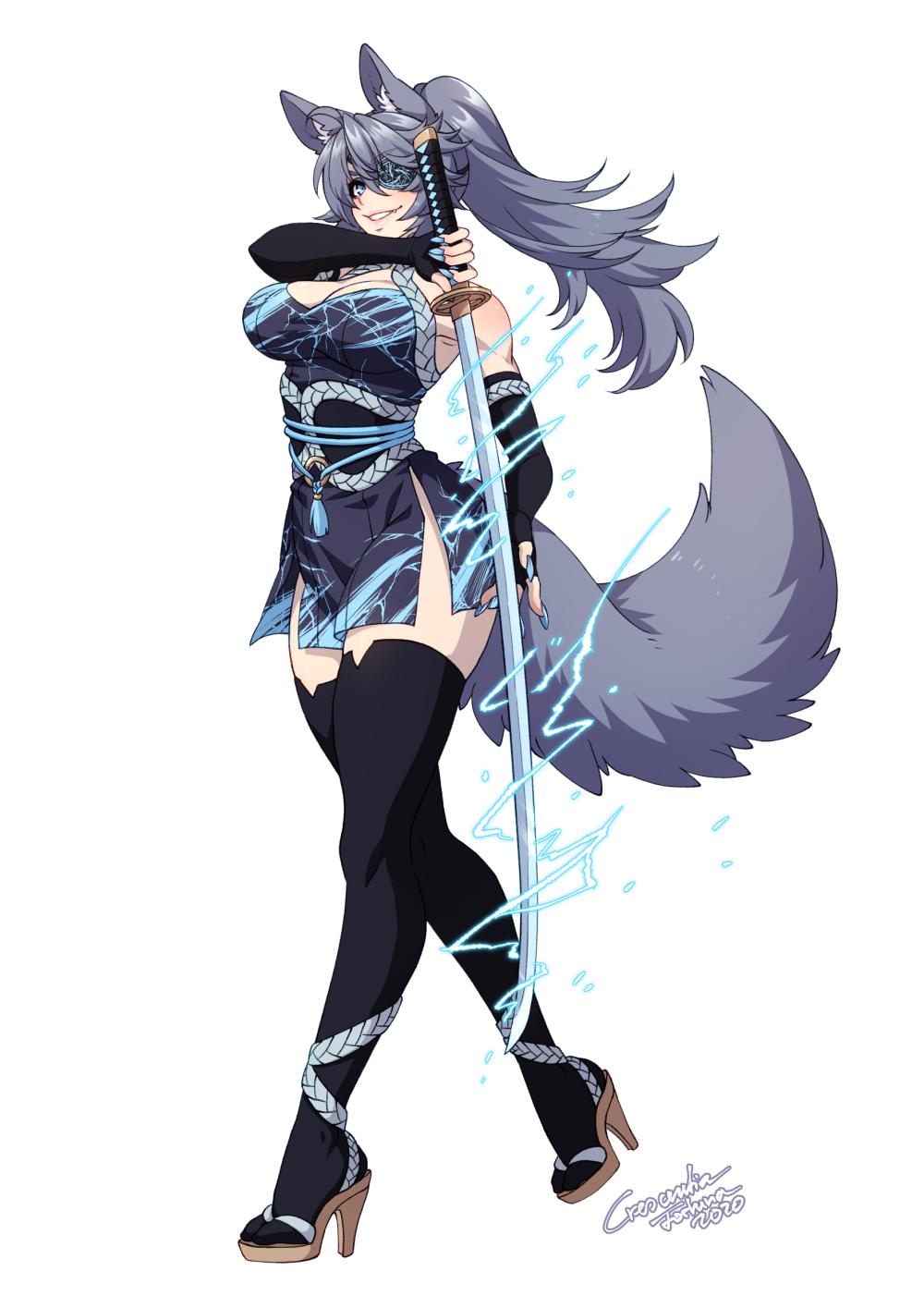 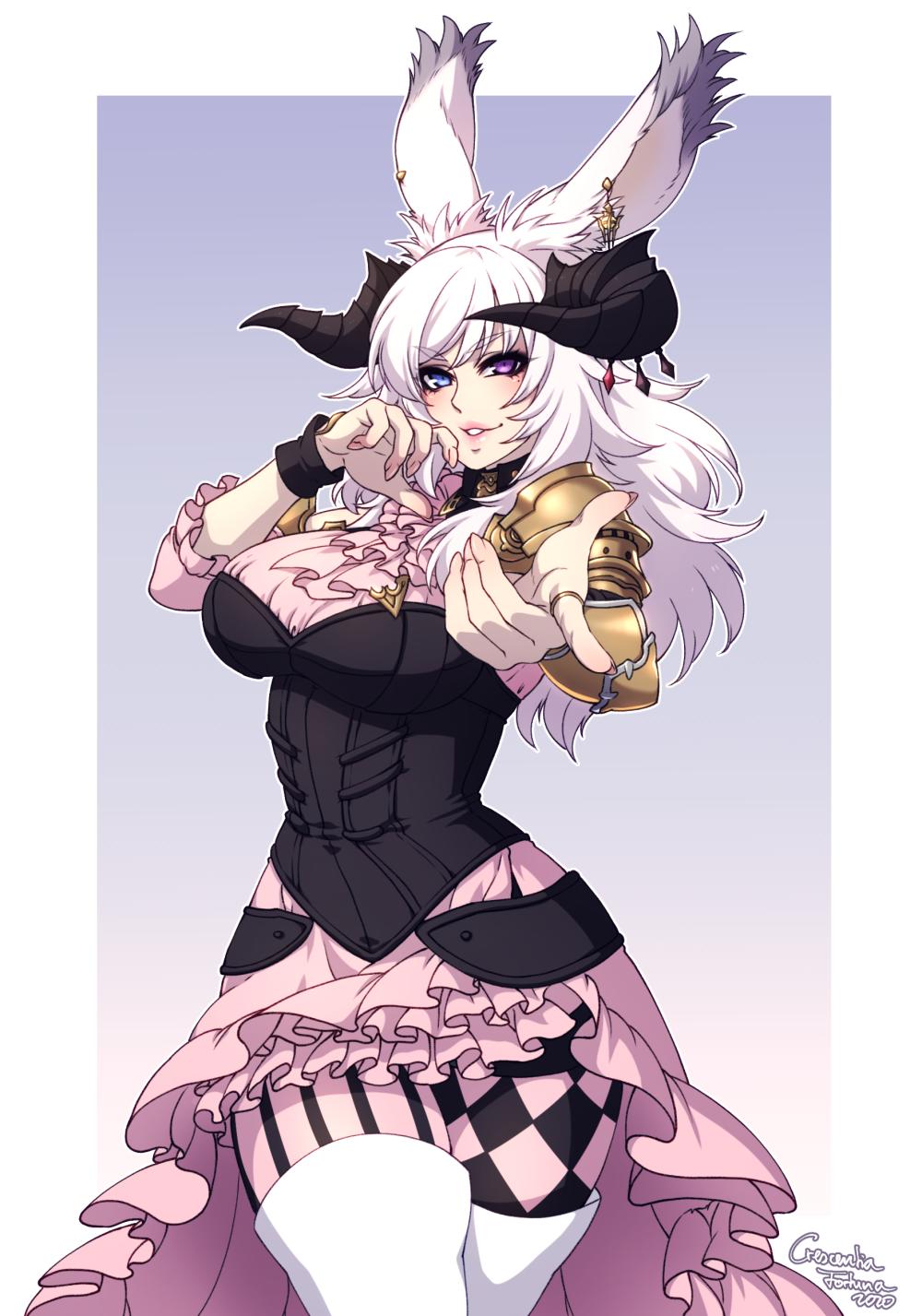 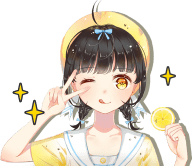